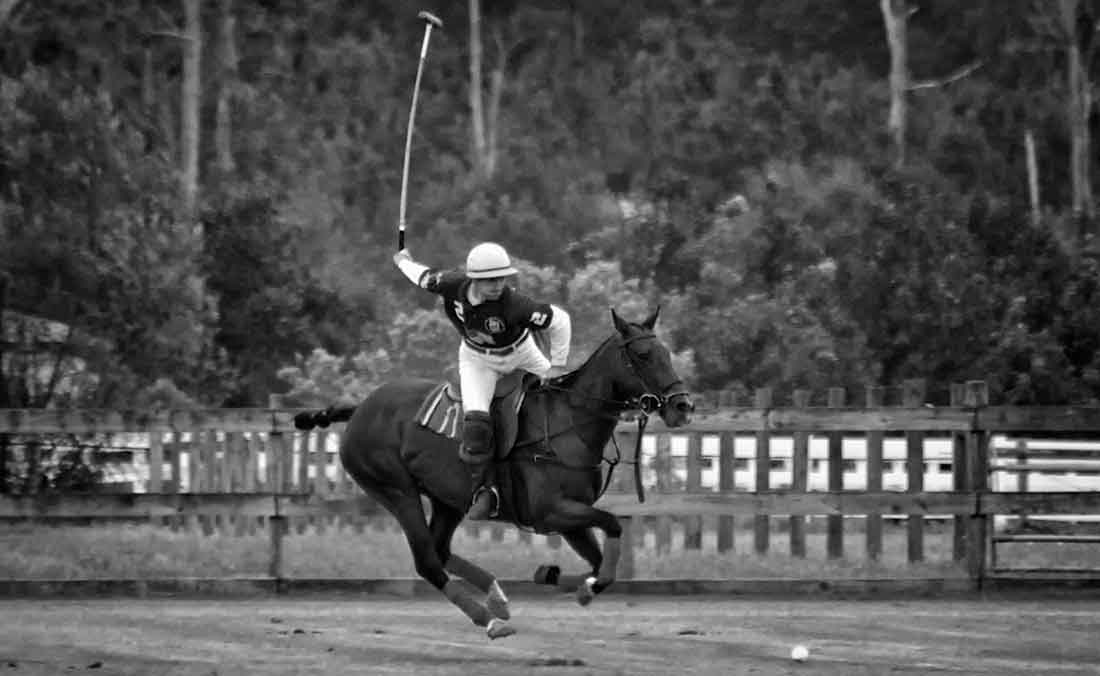 1. Don’t Try to Figure Out the Rules

For every other sport I’ve observed, knowing the rules is a prerequisite to enjoying what’s going on. Not so in polo! In fact, the rules are so staggeringly complicated, only the riders and umpires really know what’s going on.

A short version of the rules goes something like this: the object is to knock the ball between the goal posts (like hockey but without a goalie). The teams change sides after each goal. Play starts with a kind of face-off called a bowl-in. 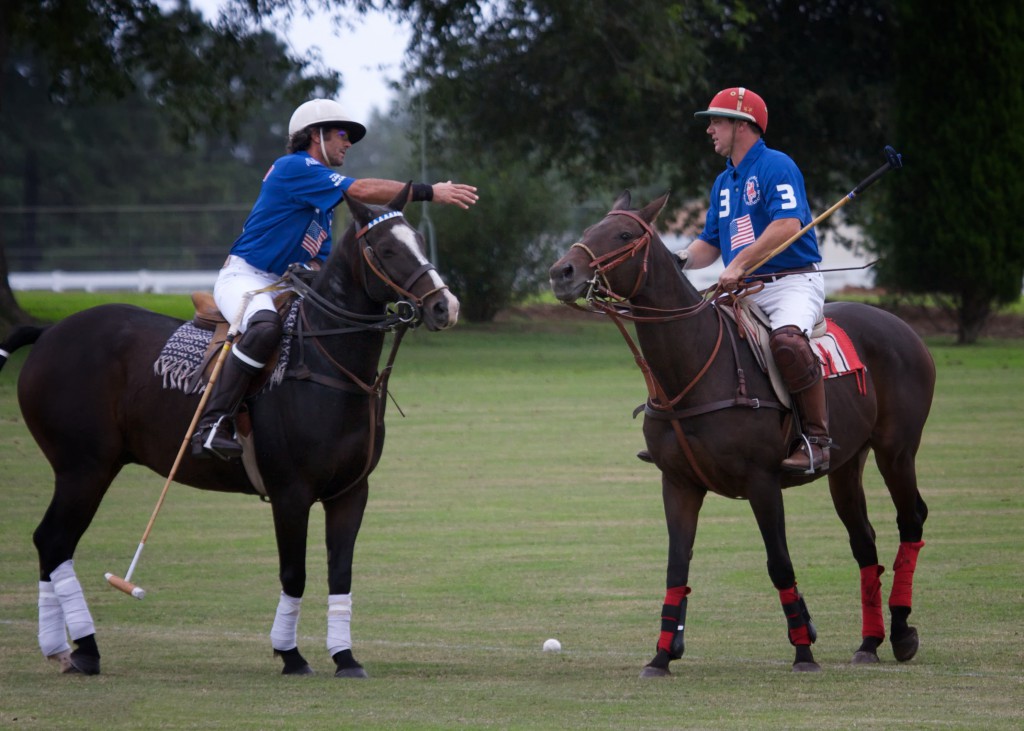 The players can bump horses, sometimes very hard. But they cannot cut each other off. The moving ball forms an imaginary line. You cannot cut off a player when they are riding parallel to that line. You can push or bump them off the line, though. That’s where you’ll see some pretty exciting riding!

If the umpire stops play and calls a penalty, it’s usually because a player got caught cutting some-body off. Depending upon how bad or how dangerous the foul was, a penalty shot is awarded from various distances. Good players always score on a penalty shot.

About the handicap: players are given a rating from 0 to 10, with 10 being the best. Before a match, you add up the handicap numbers. If one team has a lower handicap, they start the game with a goals advantage. So a five-goal team playing a seven-goal team starts the match with two goals.

Watch the play around the ball a lot, but spend some time during a chukker looking at what’s going on away from the player.

A polo team wears numbers from one to four, with one roughly being pure offense and four being pure defense. The positions are fairly fluid, but those are the roles of the positions. Watch how the number four will measure the action in front of him to turn a defensive play into an offensive thrust.

Often a two or three will be the best player on a team. Usually, they will always be around the ball  but keep an eye on them when they are not. Some-thing is up, possibly a set play they’ve practiced. And watch the ever-circling number one. The responsibility here is offense. You’ll see great number one set up patterns. I’ve seen them take a series of bad balls deep into the corners with little chance to score. The other team comes to expect this play every time. You know what happens with the first good ball….he flies like the wind on goal to score.

Here’s another sports metaphor: imagine knocking a croquet ball with your mallet attached to the end of a fishing rod. On horseback. Galloping. It’s a mystery how the players hit the ball at all, much less drive it 60 yards in the air accurately through the goalposts. A well-struck polo shot is every bit as spectacular as a home run.

More amazing yet, the best players can stick-handle like hockey players. Passing, dribbling, feinting, shooting. Somewhere in Paradise I hope to see Wayne Gretzky on Secretariat. Until then, we have the big-name pros like Mike Azzaro, Memo Gracida, Owen Rinehart, and of course our own local sharp-shooters.